If you want a job done well…

In my early years of landscaping I found it difficult to get bricklayers when I needed them. So I trained to become a bricklayer, so now my jobs move on smoothly without any downtime.

Of course, there are always exceptions, but if there’s less than 5000 bricks to be laid I’ll do it myself. If it’s a larger job with a larger number of bricks, I’ll bring in a team to speed things up.

Entrance gates are important for both aesthetics and security. And they’re often expensive, so you want to get them right.

I’ve installed everything from timber five-bar field gates to fully-automatic metal gates (along with the brickwork needed to hang them so they don’t fall out of the wall the first time you use them).

Luckily, as well as being a good brickie, I can also weld. A passion for restoring classic cars led me to pick up the skill and I’ve been honing it for over 15 years.

And as with brickwork, because I can do the job myself, projects can smoothly and quickly from start to finish.

That said, most of my clients are happy to know I draw the line at electrical work, which is carried out by fully qualified, certified electricians that I’ve worked with for many years. 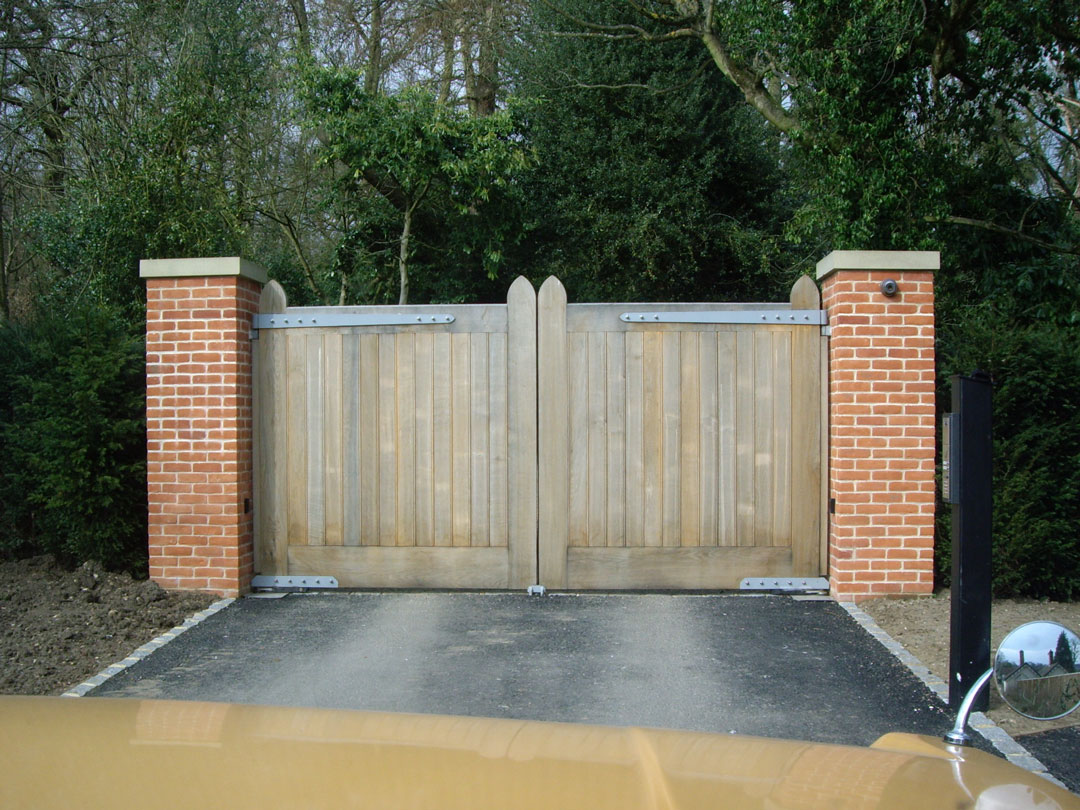 Behind every great retaining wall…

Over the years I’ve tackled many retaining wall projects, some of which were challenging to say the least. None more so than a project we did by Marsh Lock in Henley where we had to rebuild an old wall right on the riverbank.

Too much wind in the willows

A very old, and large, willow tree had blown over and taken the existing wall with it.

We used the winch on my recovery truck to remove the old stump, and then – with no access for any machinery any other way – lifted my micro-digger down to the lower level of the riverside with a large telehandler.

After the remainders of the existing wall were removed, we excavated a trench for the new foundation.

With the help of a friendly lock keeper who lowered the river level by 15cm we were able to pour concrete so the brick work could begin below the natural level of the river.

The job was a great success. But we can also do easier work.

Get a Free Quote

Brief details of that project, so for example landscape garden design in Henley-on-Thames including a hot tub and patio build.

Let's Build Your Dream Garden Together

With many years of experience and an eye for detail, I develop creative solutions in garden and landscape design. Working with you, I design your new living environment, tailoring it to fit your exact specifications.

What's different about me is that I don't insist that you leave the entire project to me: you play an active part too. Modular pricing means that you can use my professional support to construct your project piece by piece from the drawing board upwards. Better still, this approach will save you money!